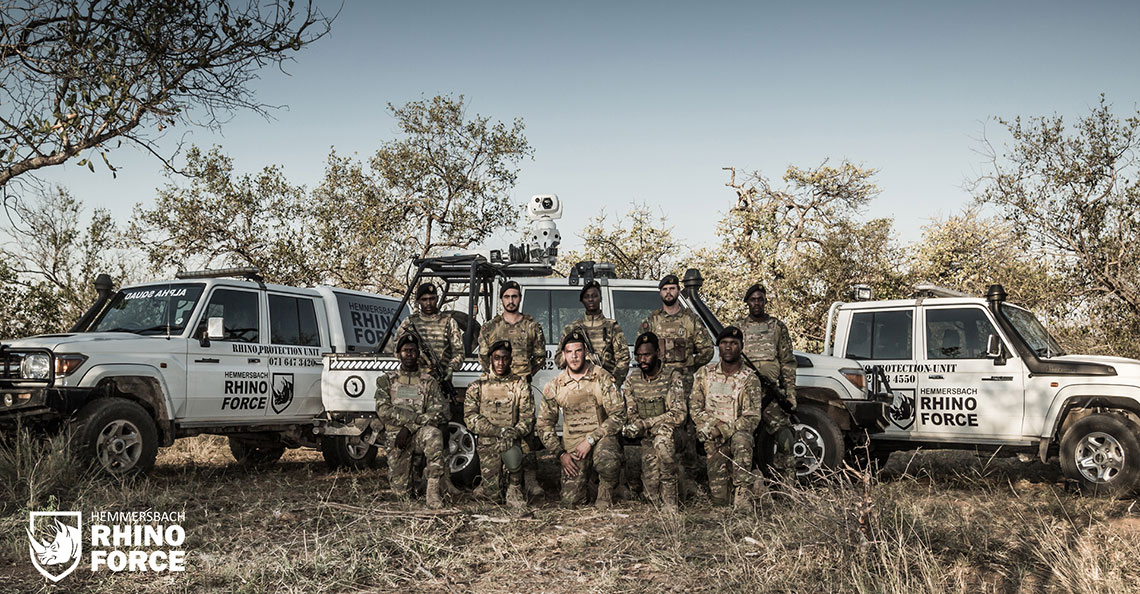 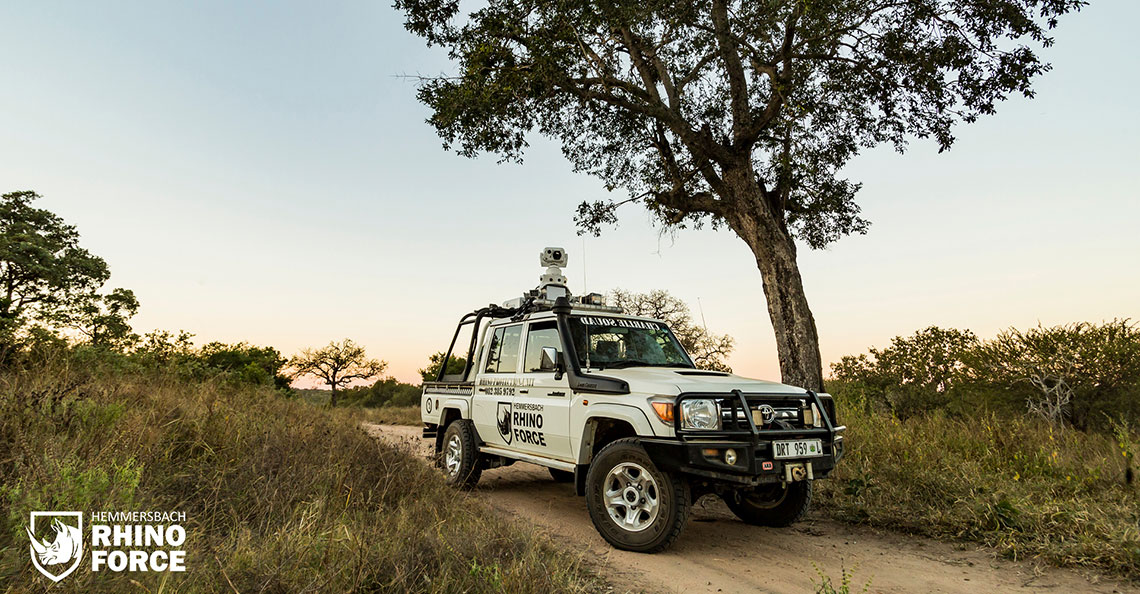 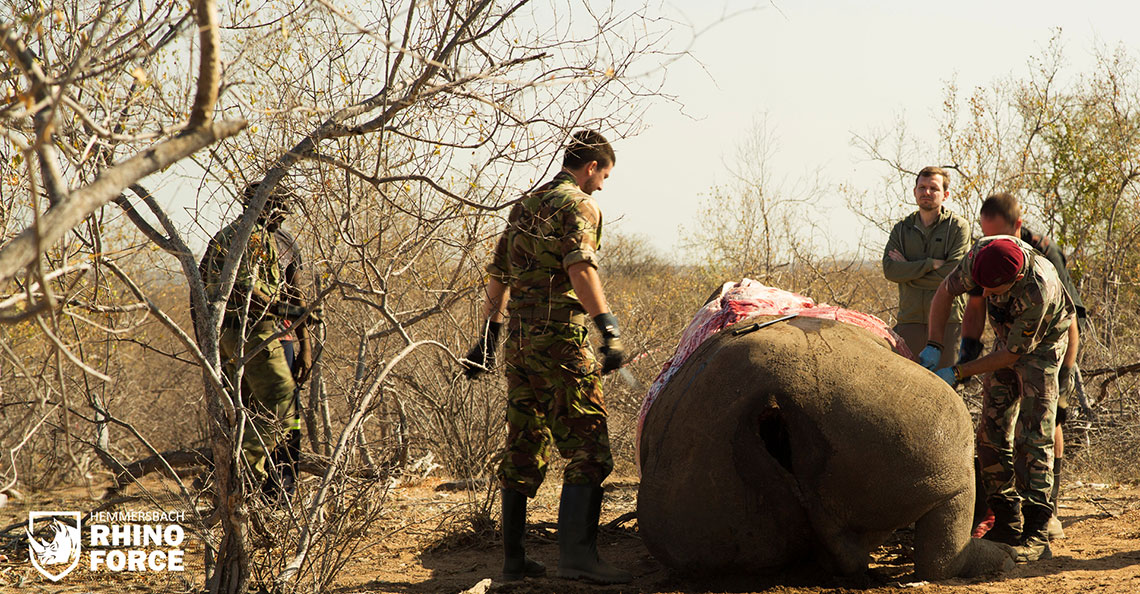 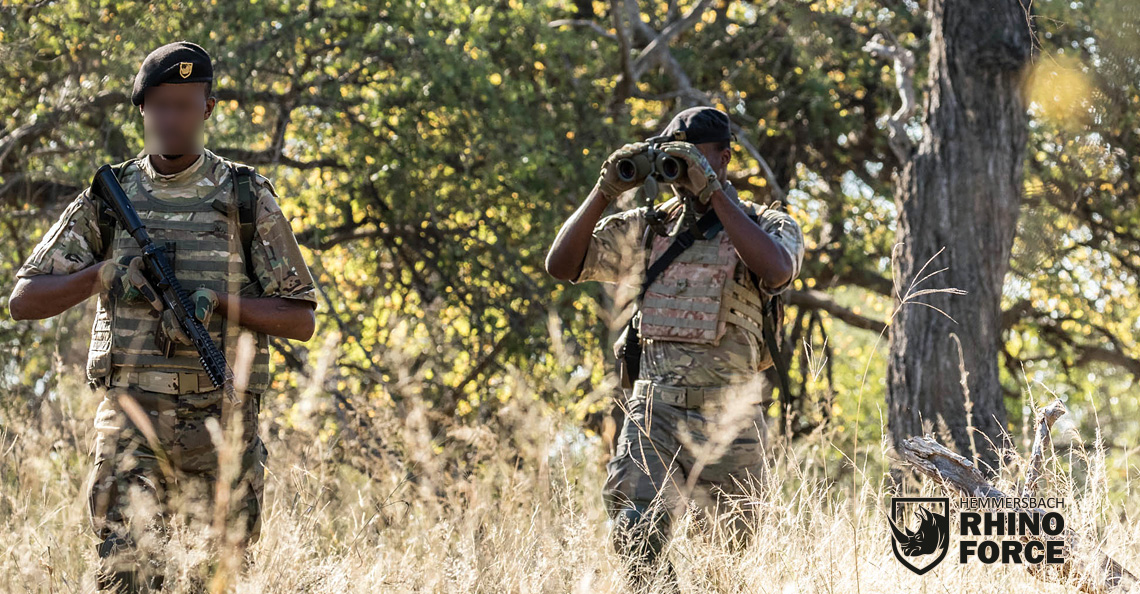 More than 5,100 African rhinos have been lost to poaching in the past five years, 50% of those being killed in Kruger National Park. With 80% of the world’s rhino population in South Africa and the vast majority of those in the Greater Kruger area, Kruger National Park is a main target for poaching syndicates who approach from all sides and surrounding countries.

With such severe poaching and a high number of incidences on the western border we have committed ourselves to protecting the border from syndicates entering Greater Kruger National Park.

We have five elite squads operating in the Greater Kruger region along with a base camp and a sniffer dog unit protecting the Western border of Greater Kruger Park. Our squads patrol the perimeter and surrounding roads of the game parks and nature reserves using military grade surveillance equipment to assist with the effective detections and detainment of unauthorised personnel entering the reserves and to prevent poaching syndicates entering the park via the Greater Kruger Area.


Our squads support law enforcement agencies in their daily operations, such as setting up entry blockades, disqualifying any prohibited items being carried into or out of parks, helping social unrest victims to safety, as in the case of the April 2017 riots, and fighting illegal activities in the bush. Additionally, our elite squads are trained to perform forensic autopsies of carcasses found and the South African Police Service call on our forensic skills in order to retrieve the bullet(s), DNA and any incriminating evidence which can then be used in court for arrest, prosecution and sentencing.

Hemmersbach Rhino Force is collaborating with the Associated Private Nature Reserves (APNR) with whom we work closely to reach the best outcomes for the wildlife, nature and people in the areas covered.

All Hemmersbach Rhino Force squads are equipped with special surveillance systems like infrared and night vision cameras providing superior and immersive 360 degree views, head mounted night vision monoculars and infrared headlights allowing our squads to drive covertly at night. The surveillance systems from each vehicle continually feed back footage to the base in real time thus allowing us to re-evaluate our procedures with incoming information additionally each squad member and his actions is tracked and filmed; this and our intelligence operations enables us to coordinate the squads and prepare them for ambushes to successfully detain people illegally entering the park. The equipment allows for proactive operations, rather than reactive, which makes us unique and separates us from most conservation armies. Using this approach makes us significantly more effective as reactive responses are often, sadly, too late for the wildlife.

The Middle Zambezi Valley was once home to two thousand black rhinos, however, all have since been poached or translocated. Rhino Force’s main goal in Zimbabwe is to establish an anti-poaching presence and make this land safe again so that rhinos can be securely re-introduced and given the opportunity to thrive.

The existing wildlife in the area is also under threat from intense poaching therefore by aiming to create a safe space for rhinos we are also protecting the wildlife currently inhabiting this area.

As of early 2017, Hemmersbach Rhino Force started supporting Zimbabwe National Parks to improve their anti-poaching activities in the Middle Zambezi Valley, Zimbabwe. We have agreed upon a memorandum of understanding (MOU) to support Zimbabwe National Parks in ramping up the Chirundu Anti-Poaching-Project (CAPP) to protect the entire Hurungwe district (2900 km2) and crucially the border of the Zambezi River. National Parks located alongside International borders makes wildlife protection and anti-poaching notoriously more difficult. Rhino Force provided a command centre on the Zambezi River from which they coordinate their teams during ambush and detainment operations. Rhino Force provided an anti-poaching boat, plane and vehicles allowing them to patrol the area. Anti-poaching boat squads are a vital element to their operation and critical to preventing the loss of wildlife. They simultaneously act as border patrol, preventing poachers crossing the Zambezi River and allowing their squads to identify potential crossing and entry points used by poachers. The anti-poaching plane squad patrol vast areas, providing a bird’s eye view allowing for advanced warnings, a different logistical input and alerts to ground response teams.

Furthermore, we also support national park staff and the local community by improving their living and working conditions and supporting law enforcement. Currently we have two focuses, one is on restoring and equipping the Karl Pisec School in Marongora and supporting the initiatives of the local Chief. The second is to clean up the litter that smothers the local area. To do this we began our Marara Lady project, whereby we support twelve Chirundu women to pick-up, sort and process plastic waste. Tidying up the local area is crucial for the people, wildlife and for the black rhinos that may one day call it home.

We leased the former hunting area Rifa in the beginning of 2018 and stopped all hunting activities to restore the wildlife that has roamed the area for thousands of years. Rifa is 800 km2 in size and equivalent to one third of the entire Hurungwe area. It is our hope that we bring black rhinos to Rifa, placing them within an Intensive Protection Zone. In September 2019, we submitted our proposal document to Zimbabwe National Parks to get final approval for the rhino reintroduction. In the mean-time we are ramping up the new elite Rhino Force anti-poaching unit to protect the rhinos that will be at Rifa in the future.

We are equipping the area with high-end surveillance technology which can detect illegal individuals crossing the nation’s border and allow Zimbabwe National Parks to deploy boat squads immediately. Our teams operate a Zodiac stealth vessel to own the Zambezi River by night. This craft can be covertly deployed and operated with only a few rangers providing a further layer of poaching control.

The drone squad will be fitted with sophisticated sensors and sending real-time feed to our command centre, making it a key factor in informing our ground squads with real-time updates.

The rhinos in Rifa will be protected by a host of surveillance and anti-poaching technology. Such, that no person can enter the protection zone without being detected.

One of the worst-case scenarios for us would be to fail at protecting rhinos from poaching in South Africa and Zimbabwe. For this reason, we would like to have one last ace up our sleeve: a biobank.

This is why we created the Hemmersbach Rhino Force Cryovault. This biobank hold deeply frozen sperm, egg cells and other genetic material of African rhinos. The purpose of our project is to enable future assisted reproduction of rhinos by applying genetics collected and cryopreserved now! Using this approach enables us to conserve the genetic diversity of these pachyderms for future generations.

Not only DNA, cells or tissues are stored indefinitely by cryo-conservation, but also rhino sperm and oocytes (egg cells). Consequently, this frozen archive contributes to the research of population genetics, but more importantly, can be directly applied in current rhino breeding through assisted reproduction technologies. We feel that this is an inevitable step for the future rhino conservation and an ultimate safety net against genetic diversity loss.


We therefore asked the renowned veterinarian and expert in wildlife assisted reproduction, Dr. Imke Lüders from Hamburg, and her colleague Dr. Ilse Luther from South Africa to join our team. The two researchers lead our project Cryovault.

„A minimum basis of genetic variety is important to breed and grow a viable population of rhinos.“ Dr. Imke Lüders, GEOlifes

Our objective is to build the largest cryovault for African rhino genetics in the world by sampling post-morten and intra-vitam. Moreover, we want to establish a reference database for this species. Any material collected will be banked alongside with animal biometrical, environment and location data, which provides crucial information for the studying of population dynamics.

Send us a message, or contact us from one of the the addresses below: